Texas friends, do me a favor and go check this out if you aren't busy tonight! The system is a cool one which I am writing a supplement for. Last Stand, that is. 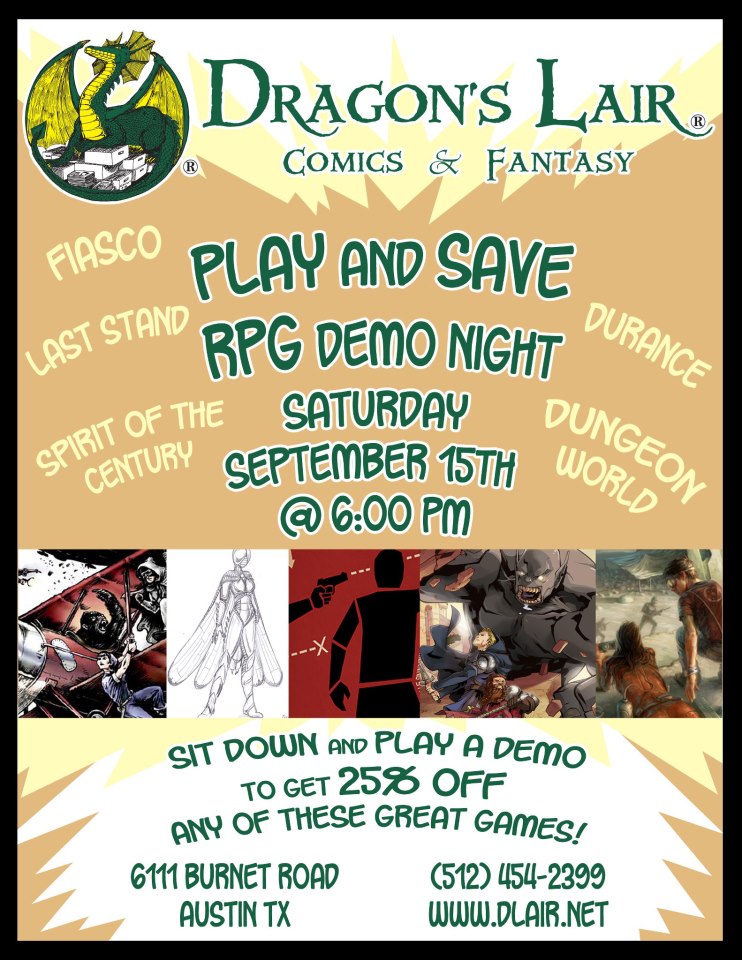 Character Name: Lin Anming
Sex: Female
Race: Human
Force: Wandering Force
Group: None
Occupation: Shaolin White Tiger
Series: OC, Mulan
Quote: “I don't need eyes to see that you're outmatched.”
Profile: There is no Lin family.  It is the name of Abbot Lin, the man who found a young girl outside his monastery, an offshoot of the famous Shaolin Temple.  He raised Lin as his daughter, tutoring her in the ways of the temple...though it soon became clear that she would never see her adoptive father's face.  Lin is and has always been blind. Despite that, she took to Shaolin training with a will that few can match...though her devotion to Buddhist teachings is rather shakier.  She has learned to sense the chi around her, using it to see and even to fight, as the world seems to bend for her blows.  Lin is a headache for her elderly father, give her tendency to arrogance and her bad temper leading her to get into fights.  Fortunately, Lin has never taken monk's vows.

Might shift to using FF-style geomancy, or stick with chi manipulation...which as I imagine it is moving rocks and plants and other scenery elements around. So similar, really.

Pick a character I play. Current ones, please. I'll answer all of these questions!?

1) Favourite food
2) What they were like at age 12 (Unless they're a kid, in which case this becomes "what they're like as an adult")
3) A phobia (NOT a Deepest, Darkest Fear, just a phobia) or something they otherwise cannot stand on a visceral level
4) Their magical girl identity (NOTE: I may subcontract smiko for assistance on this)
5) Best way to spend an evening with nothing going on
6) How they'd attempt to woo someone they liked (or how they'd deal with it) (or not)
7) TOTALLY NOT OPTIONAL STUPID QUESTION TO ANSWER. A question of your choice. Not optional. And no repeats.

You know what my favorite thing is? Seeing someone bring up 'you know, this popular fantasy RPG has some aspects to it that are actually kind of racist if you look at them closely, maybe we can discuss that and how to fix it for the future' and getting the response 'STOP HATING ME AND STOP TALKING ABOUT PRIVILEGE I FEEL UNCOMFORTABLE GOOOOOD WHY DO YOU HATE ME'

Started out as the Duke of Luxembourg. One county, but officially a duke.

Ended as King of Jerusalem and Holy Roman Emperor.

Haven't done one of these in a while.

Pick one of my characters, and I'll have them answer the following questions in-character, plus one other question if you'd like.

1) What is your favorite food?

2) What are your religious beliefs?

3) What's something cool that happened to you this week?

4) What's been on your mind lately?

5) What are your goals for the future?

6) Do you have any phobias?

I really do need to find a plot and character rundown of the Legend of Heroes: Trails in the Sky series.

Am now working on powering through LoHTiTS LP. Why does this need to be a video LP? So long...

Gaslamp requires it, I'll do it.
Collapse